How do you get a 20 year old to party with a 65 year old? Just ask Earth, Wind and Fire, who showed Lincoln how to mesh generations with the power of music at Pinnacle Bank Arena Tuesday night.

Originally scheduled for Pinewood Bowl at Pioneers Park, the show was moved inside the arena due to forecasted rain.

For nearly 45 years, the Chicago-born band has captivated audiences and rocked arenas around the world, and Lincoln was no exception. For one night this iconic group graced the Pinnacle Bank Arena stage to play for both the young and the young at heart.

They have been dubbed the greatest live group to watch and they truly earned the name Tuesday, putting on a show with each of the members dancing, playing multiple instruments, amazing lighting and effects, topped off with the jumbo screen displaying psychedelic videos. Kaleidoscope images transforming into endless bright images gave the effect of a time capsule into the late 1970s and early 1980s.

The crowd turned the energy up as the band emerged fiercely in shiny blue and gold outfits that were all different but matched. The group now consists of the original founding members; Philip Bailey, Verdine White, and Ralph Johnson. As well as B. David Whitworth, Myron Mckinley, John Paris, Bobby Burns Jr, Reggie Young and Philip Bailey Jr.

They gracefully danced across the stage almost as a synchronized swim team, each one going in their own direction but still moving together. They kicked the show off with “Sing a Song” and “Shining Star”. Right after “Kalimba Story,” Bailey asked the whole place to stand up and the first couple chords played sending the crowd wild. People started singing in sync “Got to get you into my life,” swaying with hands held high in the air.

Playing some of their most memorable hits like “September” and “Lets Grove,” Earth, Wind and Fire also played those that some may of forgotten like “Keep Your Head Up” and “Devotion”. But like Bailey said to the crowd, “real Earth, Wind and Fire fans don’t mind listening to songs that didn’t make it to the top 10 — they listen because it’s good music.”

They played the night away and gave the audience exactly what it came for, great music, a good time, and nostalgic feelings. Earth, Wind, and Fire have been delivering that music that has been part of most people’s lives in one way or another from being sampled by today’s artists such as Jay Z and Missy Elliot and featured in films like “The Nice Guys”, “Trolls” and “Night at The Museum”.

They have been a part of the music business for almost 45 years and they came to Lincoln and took care of business leaving the audience begging for more. The crowd chanted in sync “more, we want more” and, as they screamed and whistled, the band emerged and graced us with a farewell song “In the Stone,” solidifying their place in our hearts and proving indeed that Earth, Wind and Fire are one of the greatest bands to cross that stage. 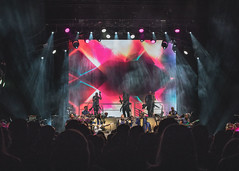 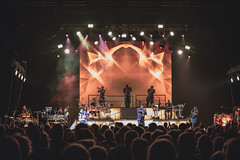 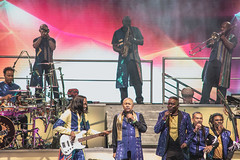 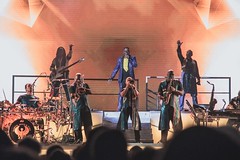 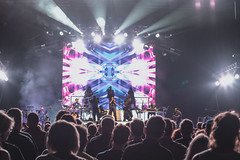 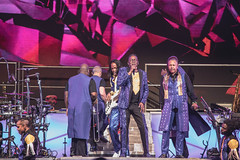 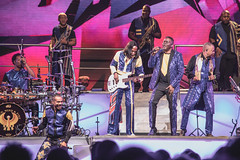 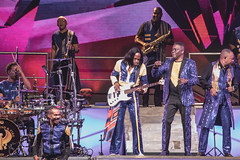 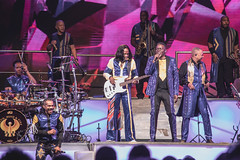 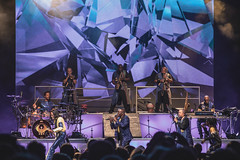 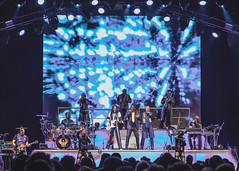 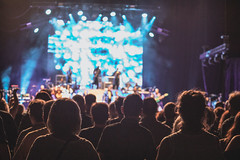 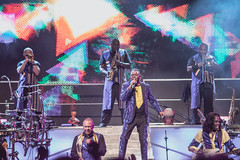 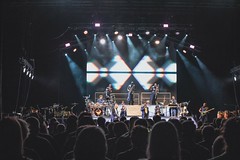 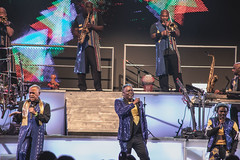 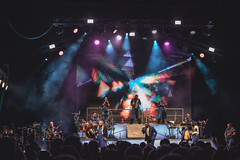 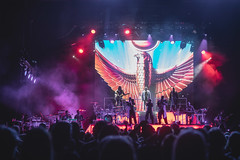 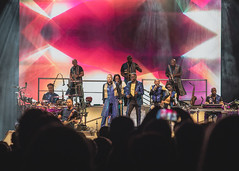 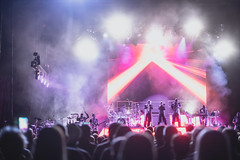 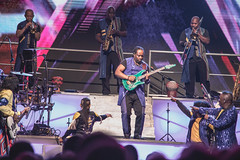