The Jeff Austin Band performs at The Bourbon Theatre in Lincoln, Neb., on Nov. 11, 2018 (Jay Douglass/KZUM).

The Jeff Austin Band brought their well-honed bluegrass show back to The Bourbon Theatre on Sunday night with an opening set by Lincoln’s Hammersaw.

The young local lads of Hammersaw have been hammerin’ and sawin’ around these parts for a couple years now.  With 2-3 gigs per month, their sound is well-honed and has a great flow.  Vocalist/mandolin player Andy Haldeman led us through the wandering fields of bluegrass with original freshness.  I’ve seen a number of “jam bands”, and for my money, Hammersaw rises above with a looseness that is engaging without being awkward; extending a warm and cohesive groove.  Having opened for Jeff Austin at his last Lincoln gig, they expressed their gratitude as their mission was accomplished: warming up the crowd.

Austin took the stage promptly at 9 p.m.; a testament to his discipline and precision. A master of improv within structure, the Jeff Austin Band did not disappoint their loyal fans.  Blazing finger-picking, staccato rhythms and extended jams ruled the evening.

Austin played a few from his 2015 solo debut album Simple Truth, including the title track and “15 Steps”. For the majority of the evening, the band jammed out to tunes he wrote and played as founder/front man of Yonder Mountain String Band; “Boatman,“ “Ragdoll,” “Dawn’s Early Light” and “Natchez Whistle,” even throwing in a sweet cover of the Rolling Stones’ “No Expectations.”  “Ragdoll” especially extended in and out of crescendos and decrescendos, at times moving from atonal jazz rifts and time signatures to foot-stompin’ beats. Each member stretched out for their respective solos for each song.  Austin exclaimed, “give it up for these guys playing their asses off!”

Instead of the dramatic stage exit and reappearance for an encore, Jeff cut to the chase and played straight through for extended set. The intimate crowd stayed to the end and he expressed his gratitude for those who braved the chilly Sunday night by promising “even if our numbers are small, we’ll always come back to Lincoln. Even if it has to be at somebody’s house”.

With a loyal and growing local fanbase, I ain’t thinkin’ it’ll come to that! 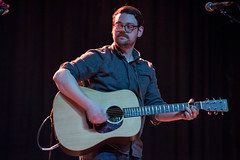 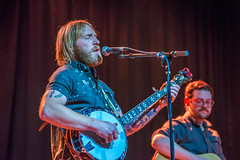 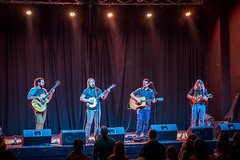 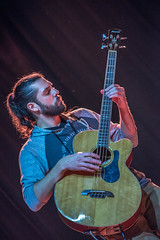 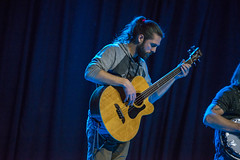 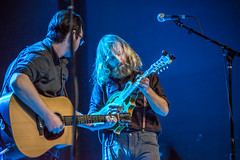 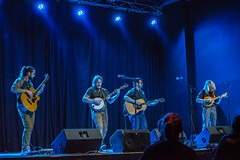 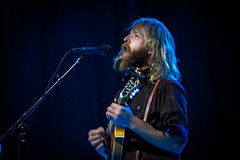 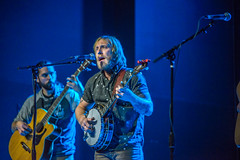 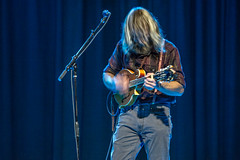 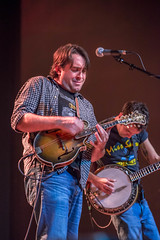 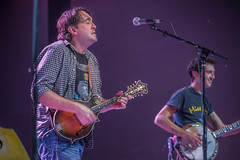 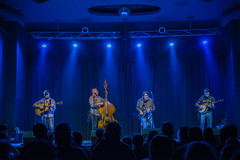 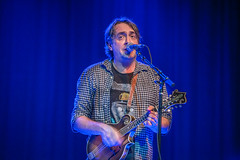 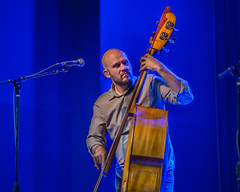 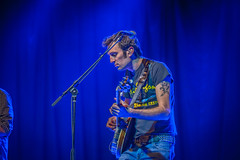 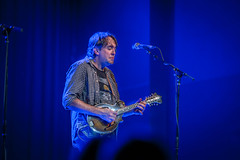 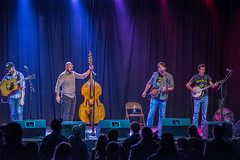 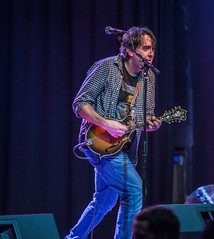 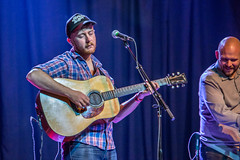 Twyla Twang hosts HonkyTonk Heroes every Friday from 9 to 10 p.m. on KZUM. Jay Douglass is a photography contributor to KZUM.