I first heard of Jimmy Eat World back in 2001, when “Bleed American” was released. I immediately fell in love with the album and have been a big fan of the band ever since. One thing that has been evading me in the past 18 years is the fact that I’ve never had the chance to see them live in concert. It’s not like I didn’t want to, it’s just that they rarely come through Nebraska and on the instances they have, it’s been to Omaha and I just never made it work.

Well that all changed Tuesday night as Tucson, Arizona-band, Jimmy Eat World finally made a run through Lincoln, NE bringing with them Brooklyn’s Pronoun. The Bourbon Theatre was nearly at max capacity and ready to party.

Pronoun came out and performed a quality 40-minute set. A trio but mainly fronted by Alyse Vellturo, Pronoun’s indie/synth/pop sound had a very similar style to that of a Silversun Pickups. I enjoyed the sound and performance. She has a new album called “I’ll Show You Stronger”, which features a number of songs that were performed; . Including her current single, “Sadie.” She’s had a very busy 2019 which has included opening for acts like Real Friends, Taking Back Sunday, and Dashboard Confessional.

At 9 p.m., Jimmy Eat World came out and immediately dove right into the title track from their latest album, “Surviving.” The crowd was into it, the band was into it, it was going to be a fun night. Once teasing us with a new track, they jumped back to 2001 and really set the show off with the rocking “Bleed American.” It didn’t matter to the people in the crowd that it was a Tuesday night and most of them had to work early the next day. They were here to party and sing along and that’s exactly what they did.

The band covered their entire catalog with tracks from their early album “Clarity” like “For Me This Is Heaven” and “Lucky Denver Mint” to a handful of tracks from their brand new album “Surviving” like “Criminal Energy,” “Love Never,” their latest single “All The Way (Stay)” and my current favorite off the new album, “555.” All were great and came off sounding like they’ve been playing them for years.

Of course, no Jimmy Eat World show would be complete without their hits from their album “Bleed American.” Songs like “A Praise Chorus,” the “let’s slow things down for a minute”-track “Here You Me,” and of course “The Middle” were all crowd favorites. But nothing compared to the perfect sing-along song “Sweetness.” Jim Adkins and company had the entire Bourbon Theatre belting out their “Whoa’s” and “Oh-oh’s” and we all sounded so good.

I’m sure there’s a bit of the band that probably gets tired of playing the same tracks for nearly 20 years, but they definitely didn’t portray it. They were having fun and playing the songs like they were just released last year – plenty of energy and the Bourbon crowd ate it up. I really hope they come back around soon. I don’t want to wait another 18 years to see them. Everyone left with a smile on their face and a little ringing in their ear. It was a great way to spend a Tuesday night in Lincoln, besides listening to Alt Night Long on KZUM, of course. 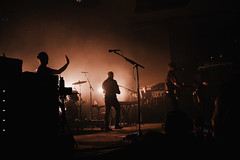 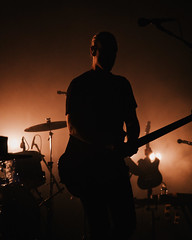 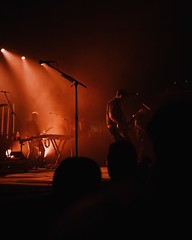 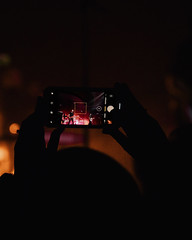 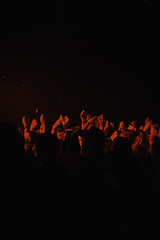 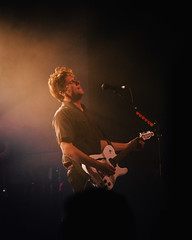 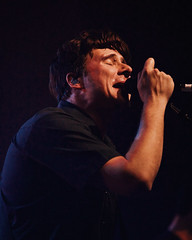 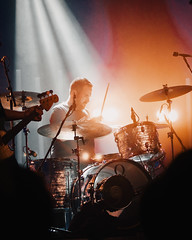 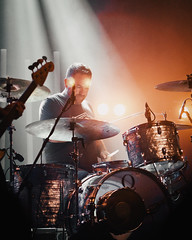 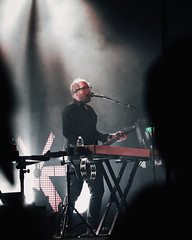 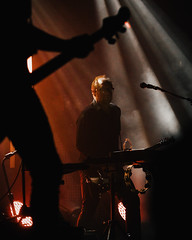 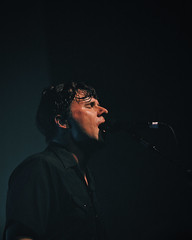 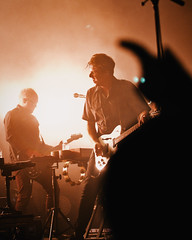 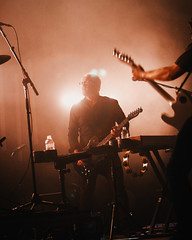 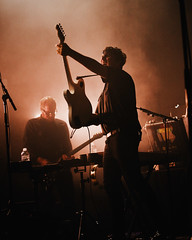 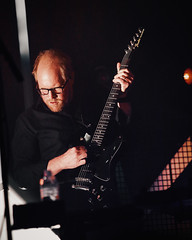 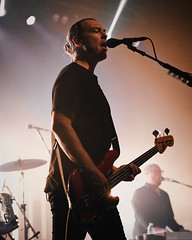 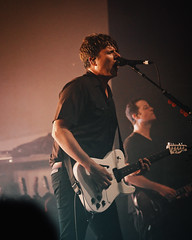 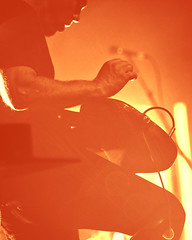 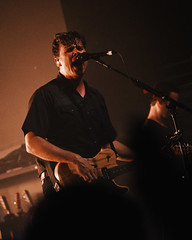 Aaron Vlasnik is the host of Alt Night Long on KZUM. Mitch West is a photography contributor.