A rumbling all-ages crowd piled into a smog-coated Duffy’s Tavern around 8 p.m. Wednesday night when Lincoln ska band Mad Dog and the 20/20’s stormed the stage. A buzzing trumpet and trombone joined seamlessly with upstroked guitar chords and steady drum fills the crowd swayed along to. The six band members performed songs from its 2017 record “Things we should have said (But We’ll Dance to Instead)” and talked about hitting the studio to add songs to the Mad Dog discography. The band’s set was met with raised glasses and cheering from the audience throughout the Lincoln band’s performance.

Following the upbeat ska sounds from Mad Dog and the 20/20’s were the Detroit rockers in Prude Boys. The three-piece of bassist and vocalist Caroline Thornbury, guitarist and vocalist Quennton Thornbury and drummer Connor Dodson radiated a sound filled with guitar riffs swift basslines and upbeat drums. The band joked about its day of traveling through Oklahoma in between songs. Prude Boys played singles like “Talking to Myself” and “Reunion” and kept the audience enthralled with Caroline Thornbury’s smooth vocals, Quennton Thornbury’s electrifying guitar riffs and Dodson’s steady fills.

The night ended with a highly energetic set from the Lincoln garage punks in Histrionic.

Even though it was a Wednesday night, the four-piece made the crowd that filled Duffy’s tavern mosh like it was the weekend thanks to raging drums from Seth Beem, punk guitar licks from Dwight Miller, speedy guitar riffs from Caleb Bauguous and raging vocals and rapid basslines from Aramara Quintos Tapia. The 19-year-old frontwoman commanded the crowd with her confident stage presence. With wide eyes decorated with winged eyeliner and pink eye shadow, she belted out tracks from the band’s 2019 EP “Diary Party” to a moshing audience. Crowd members chanted the lyrics of songs like “Dream CD” and crashed into each other while participating in a miniature wall of death during “Kissing Booth.” The sweaty audience headbanged and held up devil horns through the band’s entire set, engulfing a Wednesday night at Duffy’s into a garage punk paradise. 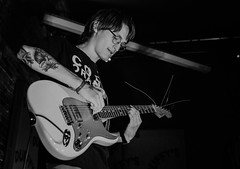 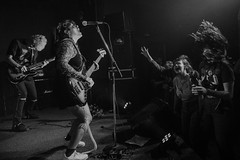 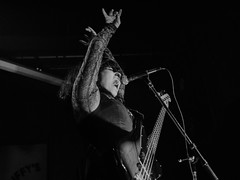 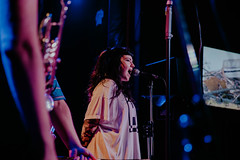 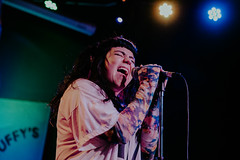 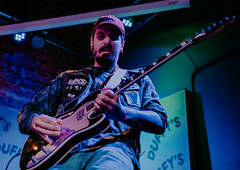 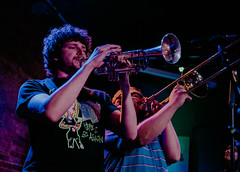 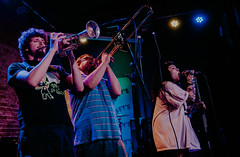 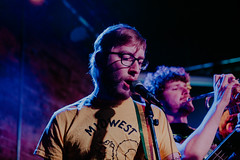 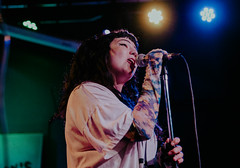 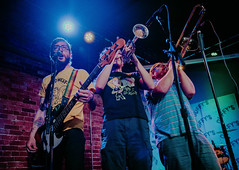 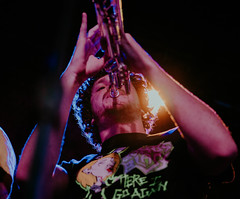 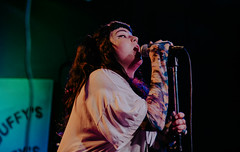 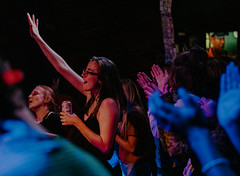 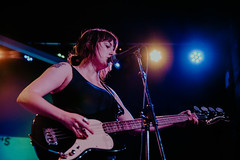 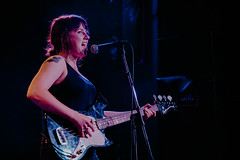 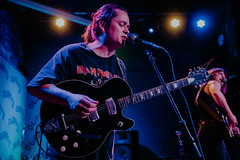 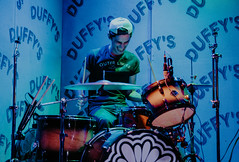