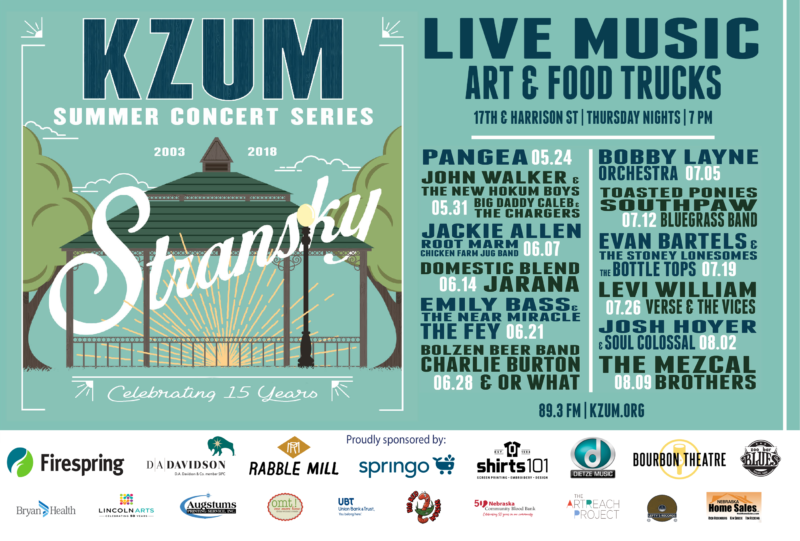 KZUM is proud to announce its 2018 summer concert series at Stransky Park (17th & Harrison) in Lincoln, scheduled for 7 p.m. every Thursday, May 24-Aug. 9.

This season marks the 15th anniversary of the concert series, which was operated from 2004 to 2013 by the Irvingdale Neighborhood Association. This summer will be KZUM’s fifth consecutive year producing the event.

Because of these milestones, and in conjunction with KZUM’s 40th anniversary celebration this year, the 2018 KZUM Summer Concert Series will be the largest yet, with 20 performers scheduled over 12 weeks, plus a weekly food truck and art activities for children by the nonprofit ArtReach Project.

The event will continue to be free and family friendly. It aims to present some of the best music talent in our area, in one of Lincoln’s most beautiful parks. The station views the series as an opportunity to provide an accessible venue for people in the area who can’t always attend late-night concerts in bars and clubs, believing that everyone should be able to experience the rich culture and music of our area.

Performers are supported in part by tips from the audience. Blankets and/or lawn chairs are encouraged. Like last season, the series will again aim to be a zero-waste event with on-site composting and recycling containers, thanks to Big Red Worms.

Be sure to follow the concert series on Facebook (facebook.com/stranskyconcerts). Weather cancellation information will be announced on KZUM.org, social media and on KZUM 89.3 FM by 5 p.m. each Thursday.

The event wouldn’t be possible without support from those attending and its generous sponsors. This year, please help us in thanking these local organizations:

All performances start at 7 p.m., weather permitting, and are free to the public.
During weeks with two performers, the first will start at 7 p.m. and the second around 8:10 p.m.

May 31:           Big Daddy Caleb and The Chargers (John Walker and the New Hokum Boys will not be appearing as previously scheduled)

June 21:         Emily Bass and the Near Miracle and The Fey (cancelled due to wet conditions) 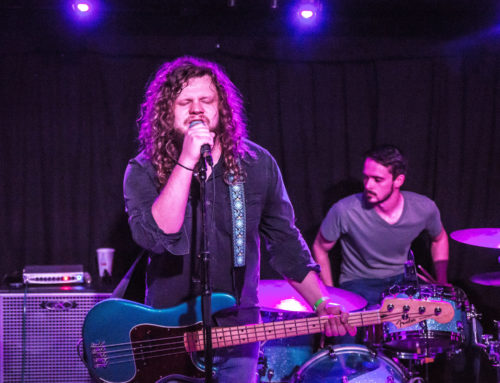 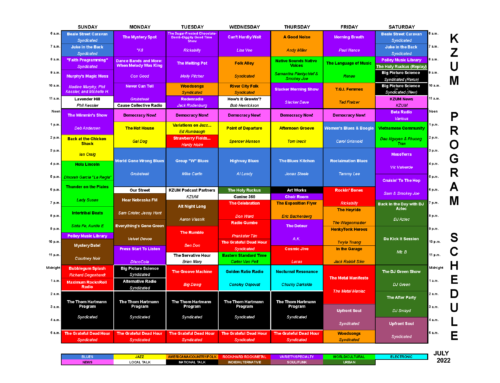 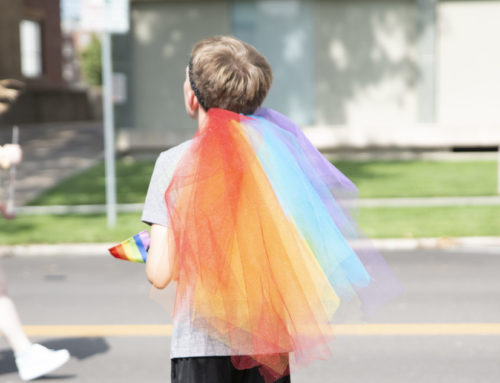 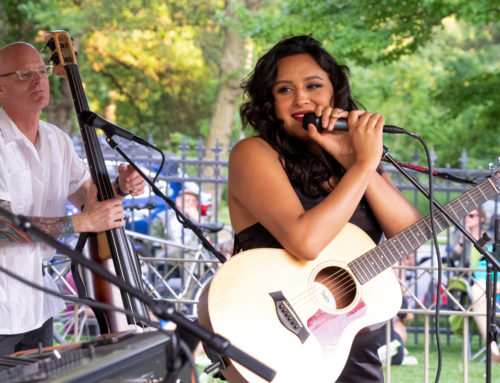 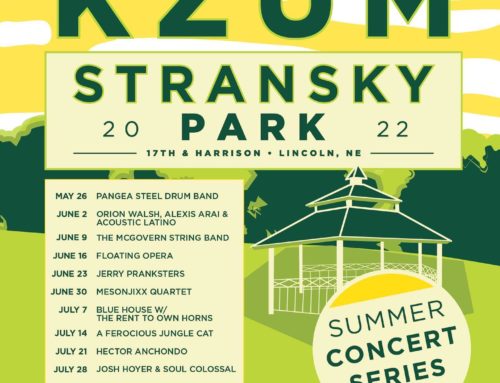